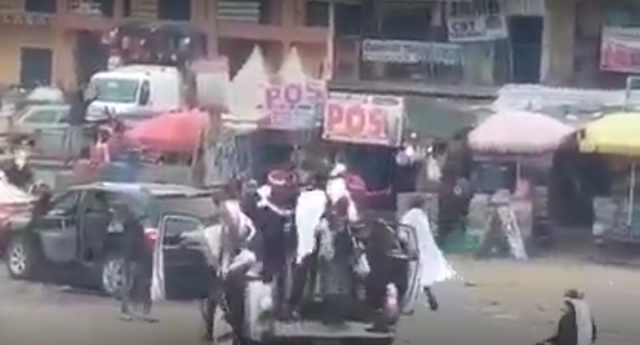 The video of how memebers of the Indigenous People of Biafra (IPOB) hijacked vehicles on the road have emerged.

The “unknown” gunmen who have been variously identified as members of the IPOB militia Eastern Security Network (ESN) stole about seven vehicles when they stormed a popular roundabout in Orlu, Imo state preparatory to attacking the Area Command headquarters in the town.

It was on their way to the police facility on Thursday evening that they met their waterloo. A combined team of army and police operatives engaged them.

See photos of aftermath of the attack as previously reported by Politicos:

Other Criminals Use IPOB, ESN’s Name To Destabilise S’East – Governors