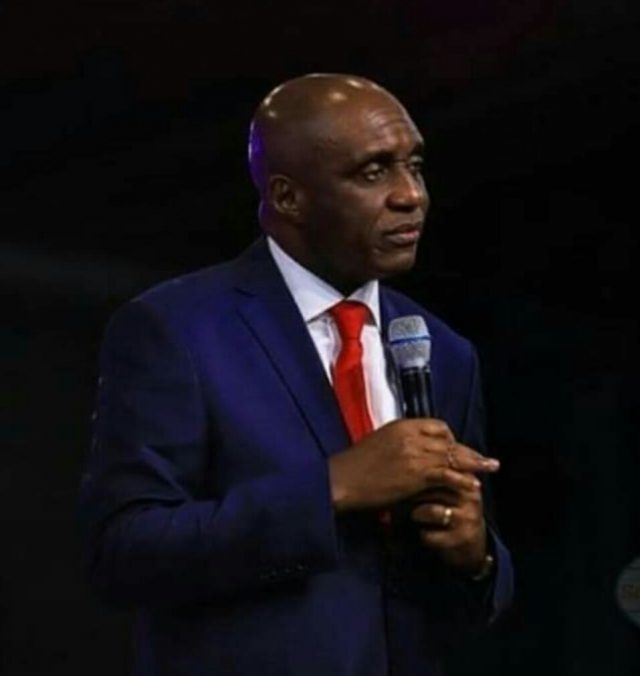 Freeze has always taken to his social media handles to tackle and counter most of the things said or written by the founder of Winners Chapel Oyedepo.

Preaching in his church recently, Ibiyeomie verbally attacked Freeze, placing a curse on the day the radio presenter was born and calling him a “bastard” for “insulting Oyedepo” who he said is his father. The 3.11 minutes clip has gone viral.

According to Ibiyeomie, Freeze is not a Nigerian but a Somalian who was born inside a ship.

“Oyedepo may not talk but I can’t be alive and you insult my father.

“Who gave birth to him? If he has a father, let him show us his father’s picture. Somebody that they gave birth to in the ship. Does he look like a Nigerian? That’s a Somalian.”

“People who have fathers don’t insult fathers. He is insulting him because he has no father. You can never insult a father if you have a father. He has no father.

“Tell him o. Tell him. This is the last time he talks about Oyedepo again. He is a bastard. Does he have a father? Who is his father? Let him show his father if he has a father?”

He went on to attack Freeze over his failed marriage. He also insinuated that Freeze doesn’t have a good job as a broadcaster.

”Man who cannot marry. He has no wife. He can’t manage his home and he is coming to talk on Television. Is he not the wife who left him? A man who is a broadcaster? Does he have a good job?”

Ibiyeomie further stated that he will get Daddy freeze arrested soon.

Aspirant Gets Order To Stop Obaseki From Contesting PDP Primary

How Buhari Lifted 5 Million Nigerians Out Of Poverty-BMO