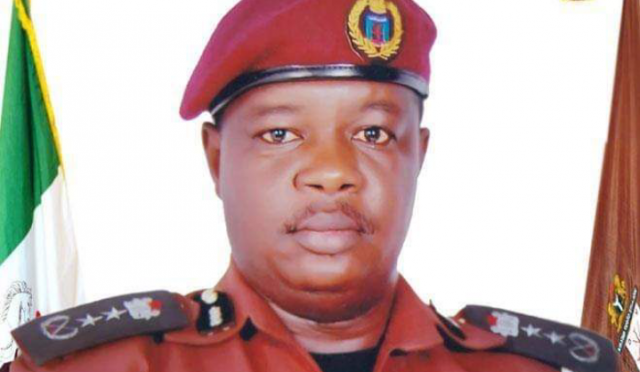 The National Executive Council (NEC) of Vigilante Group of Nigeria (VGN) has summarily suspended one Usman Muhammad Jahun (pictured above) as a member of the of the group over alleged misappropriation N1 Billion.

The body has consequently notified the National Security Adviser and other relevant anti graft and security agencies on the latest development. A protracted struggle for control has over time fictionalised the voluntary security outfit.

“Usman Muhammad Jahun is suspected to have collected over one billion Naira (N1,000,000,000) through the sales of VGN form, issuance of identity cards, organising training and seminars to over hundred of thousands of members without rendering financial returns for over 10 years.

“Also his unnecessary power struggle against late Alh Ali Sokoto which lasted for over 10 years has consistently put VGN in bad light.

“It has become exigent and important to put out this notice in order to put a complete stop to his wild claims of Court of Appeal judgment that has no relevance to the VGN since the group was not joined in the case, and now Alh Ali Sokoto is late”.

VGN, in a statement signed on its behalf by Navy Capt A B Bakori (Rtd), said Jahun‘s suspension is in keeping with the powers of its NEC as enshrined in Article 16 (a) (iv) of its constitution.

The decision to sack Jahun was reached over the weekend following several unsuccessful attempts by different organs of VGN to get him to render account to the body.

VGN accused Jahun of extortion and warned the public and security agencies that Jahun does not represent the organization adding that the body has severally called him to order.

“We have warned Usman Muhammad Jahun to desist from extorting money from innocent people in the name of VGN over time but, our pleas appear to have fallen on deaf ears.

“We are therefore using this medium to remind law enforcement agencies, especially the police, SSS, EFCC and ICPC to note this communication and take steps to arrest any further usurpation and impersonation of our identity or the identity of our leader and to investigate all the VGN financial activities for the past 10 years as no financial report was rendered to CAC within the period.

“Jahun does not represent us and we have not asked him to represent us. We have already sent a formal complaint to the ICPC to thoroughly, investigate Usman Muhammad Jahun, Mr Adedoyin Olanrewaju and whoever is using VGN to defraud unsuspecting members of the public. VGN is an Incorporated Trustee with a clear constitution duly approved by the CAC.

“The VGN has equally written an official complaint to the Central Bank of Nigeria. For the apex Bank to investigate and block hundreds of illegal accounts opened fraudulently under the name of Vigilante Group of Nigeria.

“Henceforth anyone who conducts any activities or businesses with him does so at his or her own risk.”

“Usman Muhammad Jahun is suspended and does not represent VGN in any capacity. We make this disclaimer in good faith and for the well-being of VGN.”

“We unequivocally state that Usman Muhammad Jahun’s private and personal quarrel with late Alh. Ali Sokoto has nothing to do with VGN as Incorporated Trustee and a legal person in law, nonetheless, their diatribe has affected our operations of community Policing negatively”.

We ‘ll Withdraw Result Of Any Candidate Who Falsifies UTME Score, Says Oloyede