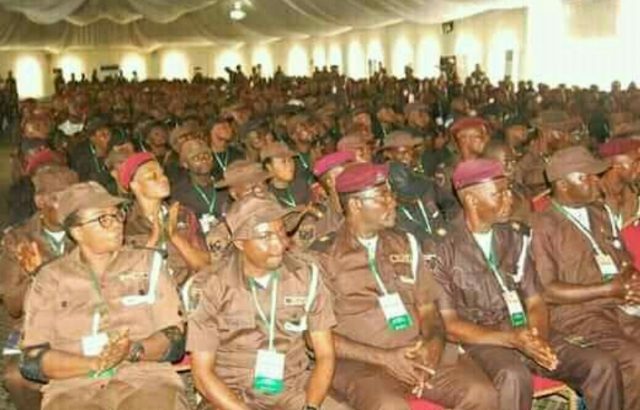 The Vigilante Group of Nigeria (VGN) will on Monday 28th of September 2020 embark on a road march across all the states of the federation and the federal capital territory (FCT).

According to a statement by the Commander General of the group Navy Captain Umar Bakori (rtd), the march is to show their total commitment to securing all communities in the country.

He said that the group is ready to work with all the security agencies in the country to combat all forms of crime and criminality in all communities and to ensure peace and stability which remains the panacea for the desired growth and development needed in the country.

The statement reads in part, “I wish to use this medium to invite all peace loving Nigerians to join VGN in this road march as we are all partners in ensuring peace in our great country.”

VGN which has members in all 774 local government areas in Nigeria, has been trained by the Nigeria Police in community policing techniques.

The group is also involved in the fight against insurgents in the North East under the auspices of the civilian joint task force (CJTF).

Buhari Signs Bill Which Will Improves Police Funding Into Law

THERE IS SO MUCH TO DO TURNING POWER SUPPLY AROUND; AND WE SHALL DO...