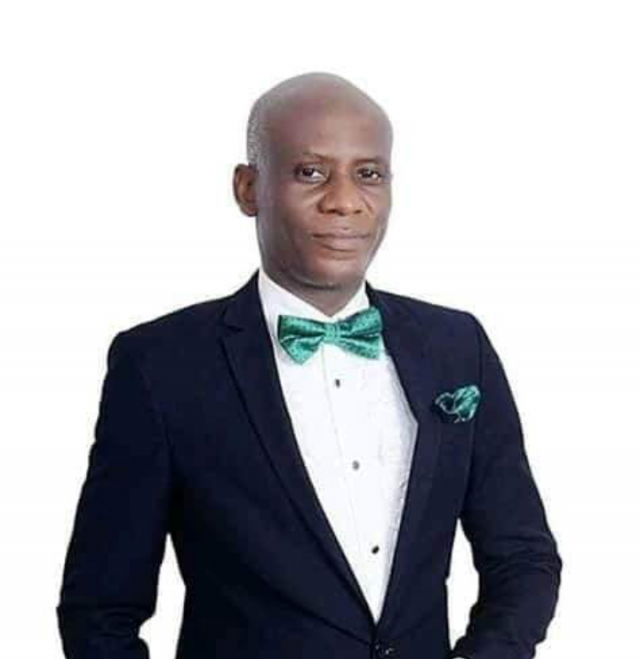 An activist and former Publicity Secretary of the Nigerian Bar Association (NBA) Kunle Edun recently won a case against conducting vehicle inspection on the road. He defeated the Vehicle Inspection Office up to the Court of Appeal in a suit challenging the agency’s demand for roadworthiness from private vehicle owners. He shares his experience in this interview:

Q: You recently secured a court judgment against the Vehicle Inspection Office in respect of roadworthiness certificate. Can you tell us about it?

A: Sometime in 2014, I had cause to be driving along a major road in Ughelli (Delta State), where I wanted to inspect a piece of land, which a client of mine wanted to purchase. Along the road, I came across some kind of obstructions put on the road by some persons purporting to be Vehicle Inspection Officers. They stopped me and I identified myself. They demanded my vehicle’s roadworthiness certificate, and I told them, ‘Sorry, I don’t understand what you mean by that. As a matter of fact, I don’t have it, so should you clear the way for me to pass?’

They were stopping other vehicles for the same purpose, but I insisted that since what they were doing was wrong, I would not assist them to persevere in that error they were committing. So, I told them, ‘Sorry, I will not give you any of my documents; you don’t have any right to be on the road, asking for such documents from me.’ On that basis, they refused to allow me to pass through and that caused a scene. By then traffic had started to build and when saw that the situation was becoming more chaotic, they had no other option but to allow me to pass through.

Q: Was there any attempt by the officers to impound your vehicle?

When I insisted that ‘you guys don’t have the right to stop me on the road or ask me for my particulars,’ they delayed me for about eight to 10 minutes. But interestingly, when I started lecturing them about their duty under the law, some seemingly educated commuters were telling me, ‘Oga barrister, show them your documents nao. Find something for them nao.’ And I felt disappointed but I was not discouraged. I insisted that the right thing must be done. I know that whenever the VIOs demand such documents from private vehicle owners, they have a way of settling the matter. I wouldn’t know if money exchanges hands, but they have a way of settling it and that has emboldened them (VIOs) to continue in the act. So, that day, I said, ‘No, enough is enough.’ This country belongs to all of us. While we all shout that the government is failing, we too, as individuals, are failing society. So, I stood my ground and when they realised I wouldn’t bulge, let allowed me to pass. But then I told them, ‘For daring to stop me and detain me for 10 minutes, I will take it up.’ I considered what they did a harassment and I didn’t like it.

The fact is that they have no right to even be on a public road purporting to be asking for roadworthiness certificates. As of the time of the renewal of my vehicle particulars, if they want to check whether the vehicle is actually roadworthy, that is where they should do that, rather than get on the roads to be harassing commuters, asking for documents.

Q: How did they react to your threat to sue?

A: They thought I was joking. They said, ‘You can’t do anything.’ I discovered that it was a rampant practice by the VIOs in Delta State and nobody had bothered to take the matter up. At the time, I was the Vice Chairman of the NBA in Warri, and I was also the Chairman of the Human Rights Committee of the NBA in Warri. So, I had a duty to ensure that the right thing was done. That was what compelled my filing this action at the High Court, Ughelli. The Governor of Delta State was the first defendant; the second defendant was the Attorney General of the state; and the third defendant was the Vehicle Inspection Office under the Ughelli inspectorate.

They came to court and challenged the action. At the end of the day, the court delivered judgment in my favour and declared that VIOs – or whatever name they are called – have no business even being on the road, first and foremost. They have no business stopping vehicles to ask for any documents. The judge was particular that their work and duty should be done at their offices, not on the road. The judge said, ‘You don’t inspect vehicles on the road; you inspect vehicles at your workshop or office, and the best time to do that is during annual vehicle licence renewal.’ The judge also said that they had no authority to even stop any private vehicle, demanding any document whatsoever.

The law, on which they base their actions – the Road Traffic Law of Delta State, and the revisions made thereon – did not even give them that power. The power that the road traffic law of Delta State gave them was that they could ask for roadworthiness certificates in respect of commercial vehicles alone, that is, vehicles that carry goods. They can ask for hackney permits and other related documents. But private vehicles don’t carry goods; they don’t do commercial business. So, they (VIOs) don’t have any right to be asking them (private car owners) for documents like that, and they don’t have any right to stop them.

The judge went further to make an order of injunction restraining them from being on the road, stopping vehicles on the road and causing obstructions. Of course, the court also awarded some damages against them.

Q: Was the judgment appealed?

A: Yes, they filed an appeal and also filed a motion for stay of execution. Their appeal was pending at the Court of Appeal, Benin (Edo State). When the Court of Appeal in Asaba (Delta) was created, it was then transferred there. Sometime early this year, we were served an early notice to come and argue the appeal. I was there personally, because I took up the matter as public-interest litigation. It wasn’t about Kunle Edun; it is for the benefit of all Nigerians because we need to let these authorities know that the officers are there to serve us, and not the other way round, and they don’t have the right to abuse the power that the law has conferred on them. So, I took up the matter on behalf of members of the public. As a lawyer, I can drive. I have my licence and every other thing; I know they can’t stop me because I can handle myself. But how many Nigerians can actually stand up to fight for their rights? So, that was why I took up the matter. Good enough, the Court of Appeal recently affirmed the judgment of the High Court, Ughelli. It was a unanimous decision by the Court of Appeal and they dismissed the appeal filed by the Delta State Government.

Q: Were you able to get the names tags of the officers before going to court?

A: I didn’t bother about getting their name tags. Initially, I wrote a pre-action notice, which, as usual, they didn’t respond to. I still had to go to court. But they came to court to give evidence and they revealed their identities. Essentially, the identities of those guys were revealed, so I didn’t really bother much about the name tags. I wasn’t really particular about the individual; I was particular about the Vehicle Inspection Unit of the Ministry of Transportation because it was a rampant thing being done in Warri, Ughelli, and Asaba. It was like a business. Even on Monday, a senior lawyer called me and referred somebody to me that the person’s vehicle was harassed and detained by VIOs. The person did not have a driving licence. I then asked, ‘Why didn’t you have a driving licence?’ But then I said, ‘That is not even the issue. VIOs have no business asking for a driving licence. They have no business stopping any private vehicle.’ The Court of Appeal had already settled that. I then told the person we would take the matter up and we will continue to ensure that the judgment of the Court of Appeal is obeyed and respected.

They imposed a fine of N35,000 and I said, “Even if it will take me personally paying that fine, I will do it, to make a further statement to them because all of us need to come together. It’s a collective responsibility.”

Like you highlighted, many Nigerians don’t have the means to pursue legal action like you did. What is your advice to those who find themselves in a situation like this?

We have about 125 branches of the Nigerian Bar Association. Each branch has a Human Rights Committee, and I know some branches also have Public Interest Litigation Committees. Reports can be made to each of the branches, particularly for Nigerians who do not really know their rights and are indigent. Those that are well-to-do can brief any lawyer to take up the case for them. If we have a better society, it will also help us in entrenching the rule of law. When the rule of law is upheld, I bet you, everybody will be happy that we are living in a sane society. So, the NBA is there; human rights activists are there to also help out.

Q: Are you satisfied with the N200,000 compensation you got from the Court of Appeal?

A: I’m not particular about the compensation, really, because I just wanted to use the judicial process to make a statement that government institutions should adhere to the laws setting them up and try not to abuse the powers conferred on them. The high court awarded N100,000 and the Court of Appeal awarded ₦200,000. I’m not particular about it because even if the Delta State Government is going to pay me the money, is it not part of my tax? If they pay me, I would rather donate it to one charitable organisation to further help their cause. My wish is, let them do the right thing./ Punch.

‘They Are Using Their Connections To Avoid Refunding My Rent’ –...