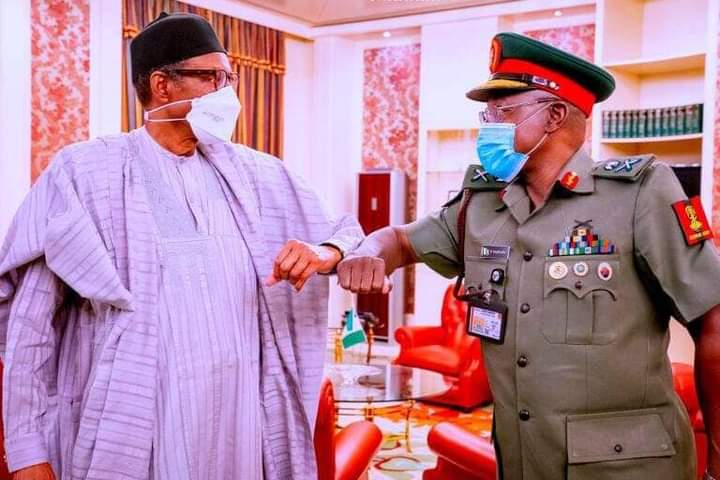 President Muhammadu Buhari has given insight on why he appointed Major-General Farouk Yahaya as the Chief of Army Staff.

Yahaya replaced Lt Gen Ibrahim Attahiru, who died in a plane crash with ten other military personnel while on an official trip to Kaduna State.

Until his appointment, the new army chief was the Theatre Commander of Operation Hadin Kai, the counter-insurgency operation in the north east.

Buhari, during an interview on a television station explained that Yahaya was appointed as the army chief ahead of other superiors because of his experience fighting Boko Haram in the North-east.

The appointment of Yahaya had created controversy in some quarters and speculations that there is going to be a mass retirement of some generals in the Nigerian Army but the Defence Headquarters refuted the reports.

Buhari further explained the choice of Yahaya was because he had the support and understanding of the troops.

The president said: “Yes, in the military, only those who are always with the troops lead the troops.”